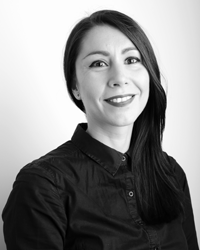 In 2013, Gemma received a prestigious NARSAD Young Investigator Award to examine the relationship between functional MRI activation during emotional processing and glutamate levels in healthy people with high schizotypy. In 2016, she was awarded a King’s Prize Fellowship to facilitate her transition to an independent research career, and shortly after received a Wellcome Trust & Royal Society Sir Henry Dale Fellowship, allowing her to initiate her own lab at King’s College London (see Research). She is currently also an Honorary Senior Lecturer in the Departments of Psychosis Studies and Neuroimaging at the IoPPN, and intermittently a Visiting Scholar at Prof. Anthony A. Grace’s lab in the Department of Neuroscience at the University of Pittsburgh (USA). She currently also Chairs the ENIGMA Schizotypy working group. Gemma is Fellow and Board Member of the Young Academy of Europe, an Academy of Medical Sciences’ SUSTAIN participant, and was recently the first female to win the SIRS Rising Star award.

The overall aim of my lab is to understand the role of the neural mechanisms involved in emotional behaviour in the development of psychotic symptoms and psychotic disorders such as schizophrenia, and to investigate whether targeting these mechanisms can help design new therapeutic strategies for psychosis. We do this through three interrelated research themes: