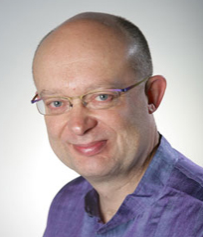 David Veale is a Consultant Psychiatrist and leads a national outpatient and residential unit service for people with severe treatment refractory Obsessive -Compulsive Disorder (OCD), Body Dysmorphic Disorder (BDD), and anxiety disorders at the South London and Maudsley Trust. He is a Visiting Professor in Cognitive Behaviour Therapy at the Institute of Psychiatry, Psychology, and Neuroscience, King’s College London. He was a member of the group revising the diagnostic guidelines for ICD11 for Obsessive-Compulsive and Related Disorders for the World Health Organisation. He was a member of the group that wrote the NICE guidelines on OCD and BDD in 2006 and chaired the NICE Evidence Update on OCD and BDD in 2013. He has authored or co-authored about 120 articles, 6 books, and 13 book chapters. He is an Honorary Fellow of the British Association of Behavioural and Cognitive Psychotherapies, a Fellow of the British Psychological Society and a Fellow of the Royal College of Psychiatrists. He has recently conducted an RCT on triple chronotherapy for the rapid treatment of depression.